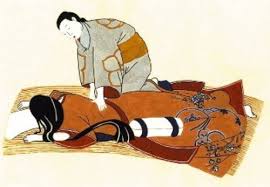 Shiatsu is a Complimentary Therapy, based on a Japanese traditional hands-on healing treatment called Anma, which has been used for millennia as a home treatment to maintain health.
Anma was combined with the Principles of Eastern Medicine, Western Anatomy & Physiology and Do-In (therapeutic Exercises) in the early 1900’s to develop modern Shiatsu.

What is Shiatsu and how can it benefit me?

Shiatsu considers a persons Health as a whole system, it does not separate Mental and Physical Health, addressing emotional and mental well-being as well as physical issues. In modern day we recognise that Stress is a psychological issue, but has physical symptoms. This is true for all emotions.

We do not go from ‘well’ to ‘ill’ but move through a huge grey area in-between. When we feel stressed or run down, we understand that by nurturing ourselves; eating healthy food, making sure we have sufficient sleep and moving our energy (Ki), we can improve our health and prevent illness becoming more long-term. This is the opportunity when Shiatsu can make the most impact on our health.

Ki in our bodies influences us on many levels, issues in one area can manifest in another and so as Shiatsu views an individual as a complete being; it addresses emotional and mental well-being as well as physical issues. Many people receive Shiatsu to address specific issues but it is also widely used to maintain good health.

Shiatsu can benefit many issues, I have successfully treated tiredness, digestive issues, headaches and working with releasing grief, anxiety, stress and low mood. 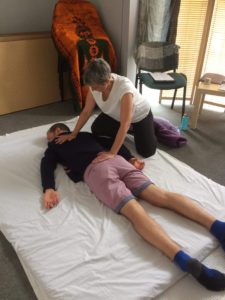 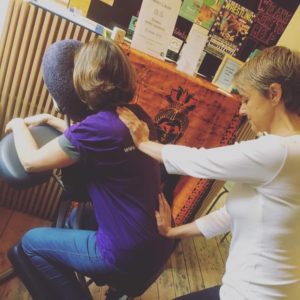 Shiatsu can be lying down or seated 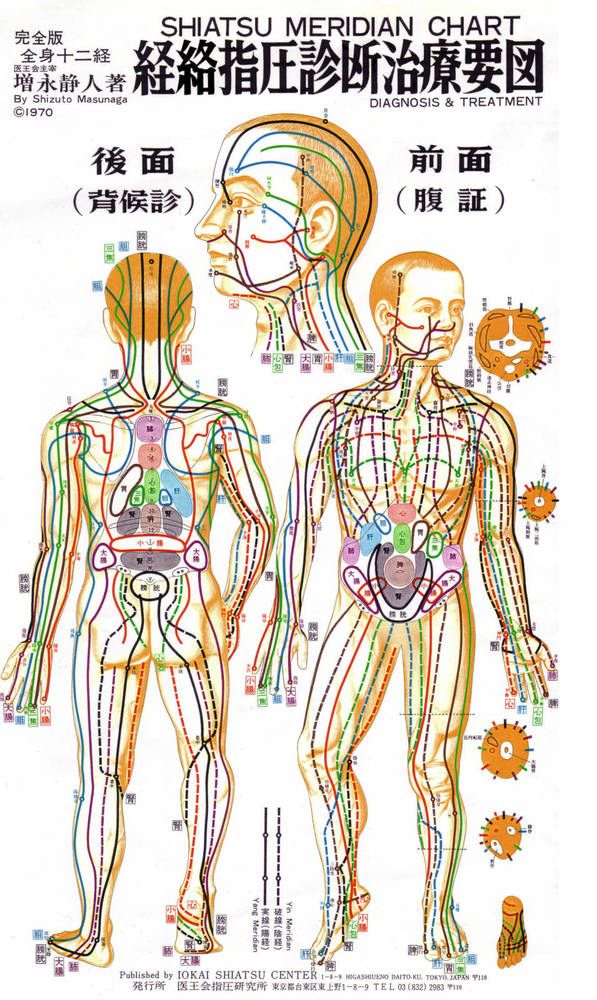 Shizuto Masunaga, one of the Shiatsu Masters, played a part in bringing Shiatsu to the West. He mapped a system of Energy (Ki) Channels as Meridians and 5 Element Theory which developed the Zen Shiatsu style.

There are 12 Classical Meridians, each named after a major organ, more related to the ‘concept’ function of the organ, although physical issues can also manifest in that organ.

Each Meridian has a specific function, which affects your Physical, Emotional, Energetic & Spiritual aspects. A Shiatsu treatment can work on different levels depending on where the Ki is being affected.

The Meridians flow into one another, coming into play at specific times of the day, and year. If the energy flow is affected in one Meridian then it also impacts on its pair and the other Meridians through the body.
Your Ki can become blocked, depleted, stagnated or even flowing the wrong direction (causing issues such as vomiting or headaches).

5 Element Theory is used to understand the influence of Meridian Ki throughout the body and how it influences us on many levels.

After your Shiatsu treatment, I will use this theoretical model to explain your Ki and health. 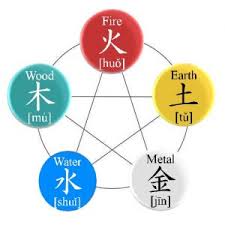 “I would strongly recommend Shiatsu with Helen for an amazing experience, for a feeling of renewal..”